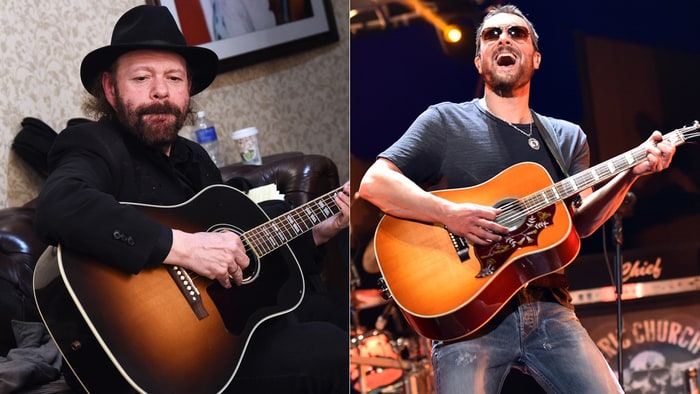 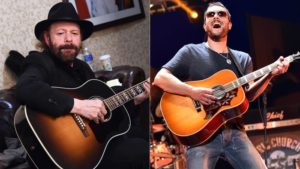 Canadian roots-music heroes Blackie and the Rodeo Kings enlisted an all-star lineup of female vocalists – Lucinda Williams, Rosanne Cash and Emmylou Harris, among them – for their 2011 album Kings and Queens. Now the singer-songwriter supergroup of Colin Linden, Stephen Fearing and Tom Wilson are playing with the boys, releasing their new album Kings and Kings in the U.S. on January 13th.

Jason Isbell, Vince Gill, Buddy Miller, Raul Malo and Eric Church all turn up on the project, with Church elevating the brooding track “Bury My Heart” with his distinctly nasal delivery. It’s the type of nuanced, impassioned vocal performance that reinforces his nomination for Male Vocalist at the upcoming CMA Awards. “Bury My Heart” premieres exclusively onRolling Stone Country below.

Formed in 1996 as a tribute to songwriter Willie P. Bennett (who released the album Blackie and the Rodeo Kings in 1979), the group has released eight albums, most recently 2014’s South. Other artists on Kings and Kings include Rodney Crowell, City and Colour, Fantastic Negrito, Nick Lowe and, keeping with the album’s theme, the male stars of Nashville: Sam Palladio, Chris Carmack, Charles Esten and Jonathan Jackson. Linden, who resides in Nashville, serves as a technical advisor on the series.

Here’s the Kings and Kings tracklist:

12. “Where the River Rolls” – featuring “The Men of Nashville“