Blackie Announces New Video And Tour For Kings and Kings 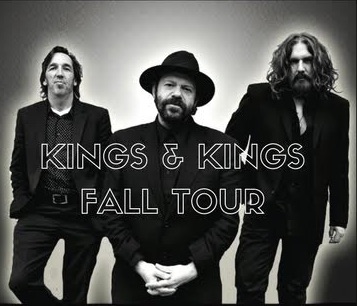 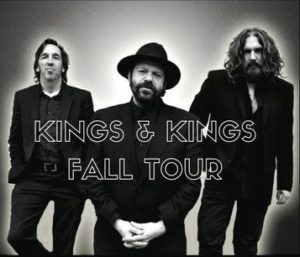 Today, Blackie & And The Rodeo Kings are sharing the new video for “Bury My Heart” from their latest album, Kings And Kings, which features the trio of Colin Linden, Tom Wilson, and Stephen Fearing joined by some of their favourite male songwriters including Dallas Green, Eric Church, Raul Malo, Bruce Cockburn, and many more.

Written by Colin Linden together with Jaida Dreyer, “Bury My Heart” was written so fast “it seemed to write itself,” says Linden. ”I knew that it needed someone who was a heavyweight and not fooling around to sing it. Eric (Church) came to my house ready. Knowing exactly what to do…I had played with him, Ashley Monroe, and T. Bone Burnett at CMT Artist of the Year Awards show, and I was blown away with him – we really connected. He has a deep knowledge and love of blues music as well as country and rock n’ roll. It was great to work with him and we all appreciated his being one of our Kings’.”

Directed by Kaayla Whachell, the video for “Bury My Heart” features actress Mary Fehr, and “through a series of extreme close-ups, conveys the feeling that she is being watched,” says Whachell. “She believes – or hopes – that she’s being watched by her former boyfriend. At the end of the video, she realizes that she is the only witness to her heartbreak.”

Blackie and The Rodeo Kings