Kings and Kings brought us together with all of them…in the same spirit that we formed this band–by accident and with divine providence–we were blessed with visitations from some of the greatest artists in music today (and, I believe, always)….

Some of these were fellows we knew well and had made lots of music with like Bruce Cockburn, Buddy Miller and Keb Mo, and some were new heroes and discoveries like Fantastic Negrito and City & Colour…some were icons who I had shared some guitarring with like Vince Gill and Rodney Crowell and Eric Church and Raul Malo and some were icons new and preloved who joined us out of kindness I suppose like Nick Lowe and Jason Isbell
and some were my dear pals I work on the “Nashville” TV show with –Chris Carmack, Charles Esten, Jonathan Jackson and Sam Palladio

All are kings amongst men and much love to them all!

We were honored as always by Gary Craig, Johnny Dymond, John Whynot and the legendary Kenneth Pearson on these songs–with extra help from Bryan Owings and Kevin Mckendree and as always, the spirits of the great Richard Bell, dear Willie P. Bennett and the mighty Brian “brain” Harrison 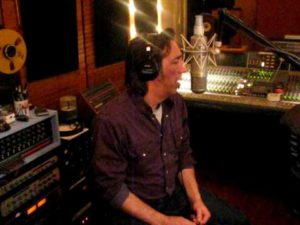 The album kicks off with the Live By The Song, which is simply the autobiography of Blackie and the Rodeo Kings. A rarity in the fact that it was written by all three-principle members, Colin Linden, Tom Wilson and Stephen Fearing, Live By The Song is really the biography of every working musician/songwriter committed to the “life”. Perfectly featuring the voice of Grammy award winner Rodney Crowell and Fearing on the lead vocal, the song conjures the winding path of uncertainty faced by all the players who really had no other choice but to follow it.

Is there really more of songwriter’s songwriter than the incomparable Nick Lowe? Lowe brings elegance to Secret of A Long Lasting Love taking the lead throughout the song.

The spirit of the late Roy Orbison can be detected in the gorgeous rendition of Fearing’s High Wire featuring the impeccable voice of Raul Malo (The Mavericks).

A Woman Gets More Beautiful situates long time friends and collaborators Linden and Bruce Cockburn. Linden produced a number of Cockburn’s albums. On this track the pair philosophize on the appreciation of timeless beauty, slipping from English to French to English. Cockburn’s masterful guitar interplay is abundant.

On every Blackie and The Rodeo Kings album there is a song penned by their namesake, the late great Willie P. Bennett. This Lonesome Feeling is a classic cowboy lament. Multi Grammy award winner and Country Music Hall of Fame legend Vince Gill takes it to the Mountain with his contribution.

Long Walk To Freedom is Fearing with the iconic Kevin Moore aka Keb Mo, long time friend and collaborator of Linden’s.

Groove and melody reign under fantastic manipulations by Oakland’s Fantastic Negrito on Wilson’s Bitter and Low. The track locks in trance like vibe reminding us of Lee Harvey Osmond’s Beautiful Scars album, which brings us to the track Beautiful Scars. Wilson jokes that he wrote the title track of his album after it’s release. The song inspired by novelist Miriam Toews benefits from the amazing vocal performance by Dallas Green, City and Colour.

As a technical supervisor on the TV show NASHVILLE, Linden has spent hours with the cast helping the actors and musicians bring there best to the screen and live stage. For Where The River Rolls, he gathered the crew at the day job around the microphone to bring their vocal skills to the track. The result is an upbeat and fun celebration with Linden, Sam Palladio, Chris Carmack, Charles Esten and Jonathan Jackson all sharing verses and harmonies.

Eric Church on Bury My Heart and Jason Isbell on Land Of The Living (Hamilton Ontario 2016) bring a real contemporary country music voice and feel to Blackie and The Rodeo Kings. Like every King on the album, these guys can sing the lights out and they do.